Five Stars for “A Bend in the Road” by Nicholas Sparks

A Bend in the Road
by Nicholas Sparks (Goodreads Author)

“A Bend in the Road”

I have enjoyed reading a couple of Sparks other books, and usually watch the movies that are made from his stories, but I found this book in particular, the one that captivated me the most (outside of “The Note Book.”) 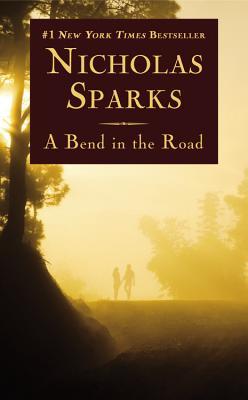 “A Bend in the Road” is rippled with human emotions brought on by loss. For Miles Ryan, it was the tragic loss of his beloved wife – an accident? – never solved. For Sarah Andrews, it was the loss of her perfect life – perfect marriage. Both Miles and Sarah buried their grief and tried to move on with life: Miles, as the deputy sheriff of the town, secretly going over and over his wife’s unsolved case file, shutting himself off from any emotional ties other than his young son, Jonah; Sarah escaping to the small town where her parents lived, which just happened to be the same town Jonah lived in. She takes a position teaching school and discovers a young boy in her grade-two class – Jonah – who is lagging far behind all the other students.

Jonah, although he is only seven, has also suffered some big losses – first, his mother, and secondly, he feels his father is so absorbed with his work that he forgets Jonah even exists! Teachers have felt sorry for him, up to this point, passing him through his grades, but Sarah isn’t willing to do that.

While helping Jonah catch up to be at the grade level he should be, Miles and Sarah begin to let down some of their walls, and they start to form something that goes beyond mere friendship. However, an unexpected revelation, to do with his wife’s death, threatens their new-found love. I won’t give away the ending – that wouldn’t be fair now, would it.

“A Bend in the Road” is a must read for any Sparks fan, and for any fan of a good mystery/thriller. I look forward to the movie version of this novel.

Six Stars for “The Light Between Oceans” by M. L. StedmanMary's Book Reviews