Six Stars for “The Light Between Oceans” by M. L. Stedman

The Light Between Oceans
by M.L. Stedman (Goodreads Author)

Mary Cushnie-Mansour‘s review
Although I purchased this book in 2016, I didn’t get a chance to read it until 2017, although one night I did watch the movie. The star ratings only go to five, but if I were to be honest, I would give this book SIX stars! 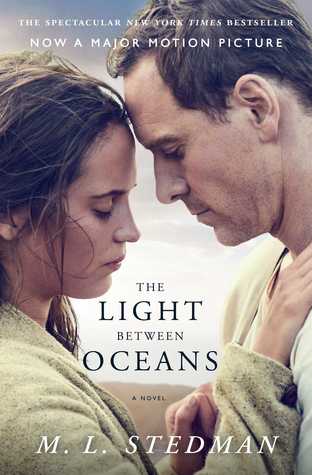 “The Light Between Oceans”

by M. L. Stedman,
a first novel for this Australian author, is worth the

It is filled with human emotions – with real life: the loves, the hardships, the betrayals, the sacrifices, the living! Your own emotions will be torn as you try to decide if what Tom and Isabel did was the right thing, because you will be so heavily involved in their lives that you will not be able to help but to deeply care for their situation.

Tom, a WWI hero, trying to hide from the horrors he saw in the war, takes a job as a lighthouse keeper on Janus Rock, an isolated island that is only visited by other humans, who bring the supplies to the island once or twice a year. He is a man with many secrets, but also a man of great integrity.

Isabel, a beautiful young girl who lives on the mainland, and who, when she sets her eyes on Tom as he disembarks in her town to sign up for the lighthouse duty, decides he is the man for her. After all, there are not many young men left to choose from, the war having taken many of them. She is a girl whose head is filled with adventures yet to be discovered, and Tom becomes one of them.

Tom becomes intrigued with Isabel as she sets about drawing him to her, and eventually, after letters passing between them, she proposes to him. He accepts.

Together they begin their life together on the island, filling each other’s days with their love. But, everything does not always have a happy ending. What Isabel desires to share with Tom is a child, but fate keeps taking that away from her. After two miscarriages and a still-birth, she feels there is nothing left to live for; she has failed Tom.

However, salvation is cast upon their shores – a boat with a dead man, and a live baby. Tom knows his duty is to report this immediately, but Isabel grasps hold of the baby and begs him to hold off. Despite his misgivings, his love for Isabel makes him go against his better judgement. Time gets away from them. He has buried the man on the island, he leaves a space in the logbook – unrecorded. The child, Lucy, grows into both their hearts and time passes too quickly. Isabel is happier than ever, but Tom still broods inwardly about his decision.

Upon their first return to the mainland, Tom and Isabel learn the truth of the child’s humble beginnings. Tom wants to do the right thing; Isabel refuses. Lucy is hers – a gift from God. They return to the island, but before they do, Lucy’s birth mother receives a mysterious note telling her that her child is still alive.

Another two years pass. Lucy thrives. Isabel thrives. Tom loves both his girls, but he is still tormented beyond reason for what he and Isabel have done. I cannot say much more without giving away the entire story, but I will tell you this – you will shed tears in this book, for everyone. Not everything people do in life, if it hurts another, is done because those same people are evil.

You will not want to put this book down as you become intertwined in the life of Tom and Isabel, and Lucy the child that becomes torn between two worlds – the one that saved her, and the one into which she was born!